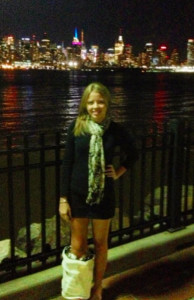 In the middle of a long weekend, living on an island, it is not rare to find almost everyone at the beach. That’s where it all happened. On January 29, 2012 I was along with a friend riding a beach car. Being in the passenger seat wasn’t much of an advantage, because minutes later the little car that seemed everything but harmless was over my right leg.

I remember how I didn’t even feel tears running down my face. It was a sudden shock. When the car was lifted up, I felt like somebody had ripped off my right leg from the knee down and I didn’t feel like I had something to stand up with. I couldn’t even breathe right. When they took me up I saw my jiggly leg, as if I had 3 more knees down from the only one I have, as a consequence of the smashing and breaking of my bones. I was taken to the smallest hospital in the little town we were in, miles and miles away from the city.

The ride to that place seems like a dream today. I remember telling my mom to calm down, as my dad was just trying to assimilate everything that had happened in just 3 minutes. My life had just turned 180 degrees around suddenly. As expected, the personnel on this tiny clinical center didn’t have much sources to attend the case, so they just applied a cast and did some X-Rays to see which type of fracture I had. My dad managed to get a helicopter to get me back to the city as fast as they could. As soon as I got there they opened the cast. My leg was incredibly swollen. We went to a very good local hospital and I was attended by [the doctor] who would be my orthopedist for the next 2 weeks. My leg was so swollen by the impact they had to wait for it to drain totally and then start surgery. Those 2 weeks passed by as I got 4 or 5 surgeries and other rides to the surgery room for draining processes.

My mom had been telling me about the plan of going to the US and to verify if everything that had been done was right. We researched everything about the HSS, how it was ranked number 1 in Orthopedics and had the best people to treat me. Dr. Austin Fragomen was the one who had to treat my case. As soon as I went to the hospital, the kindness of everyone lessened the fright you feel being a teenager, away from everything you had before. I can definitely say you’ll always be in the safest (underlined) hands as soon as you contact the hospital. I have to admit, when I got to the appointment and all I heard was “this has to be done again,” I knew it was going to be a long ride. Words of relief were told to me by the PA: “We always win.” And so they did/do.

After 1 month at the hospital, I had been removed the previous external fixator and had been applied frames to hold my bones together. I got a bone graft, a skin graft (part of my skin was damaged as a consequence of the swelling), tibia and ankle surgery. I thank God everyday for teaching me so much at such a young age, and for putting me in the hands of the best people in the world that could manage this tragic case, being so many miles away. I will never be able to thank enough Dr. Fragomen for what he did, he saved my leg. The people who work at this hospital are people that actually leave footprints in your heart forever. I highly recommend HSS for any kind of orthopedic trauma and I guarantee you’ll be as thankful as I am.